We are one block shy of the finish of the Fall into a QAL.  This set of blocks has been so fun to make I hate to see it end.   Though the upside is that I will get to enjoy the quilt in a short couple of weeks.

Abbie of Sparkle On designed this Autumn Harvest Barn block.  There are so many ways to play with the block.

My rendition of the Autumn Barn block is one of the fall nights (or mornings) when both the sun and the moon are out.  The barn is set on a pumpkin farm.  I had grandiose ideas of taking photos on my way to our cabin this past weekend, where there are many barns and fields to have in the backdrop.  But time got away from me, and I had to settle for the mental images I saw of the various browns, rusts and reds I observed in the sides, fronts and rooftops of the barns, which were nestled into the golden yellow fields mellowing as fall sets in. 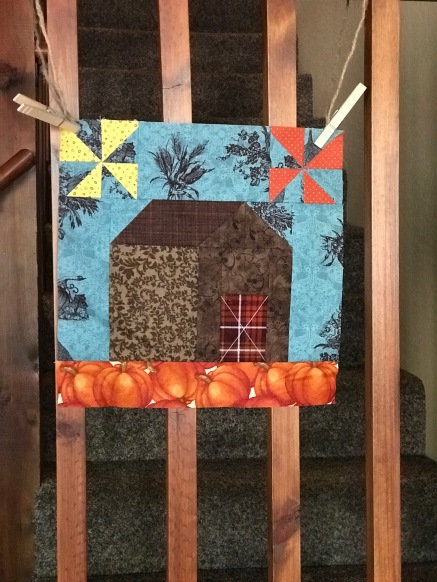 I love the various browns in my blocks, almost reflecting which part of the barn gets the most sun damage, with a metal roof top (can you just hear the fall rain pinging on the metal?).

For whatever reason, I had a hard time making the roof top.  The original came out a full 1/2 inch larger than needed.  I have had plenty of blocks finish a scant smaller than they should be, but never larger. It took 2 tries to get it right, and I’m happy I took the time to do it right. 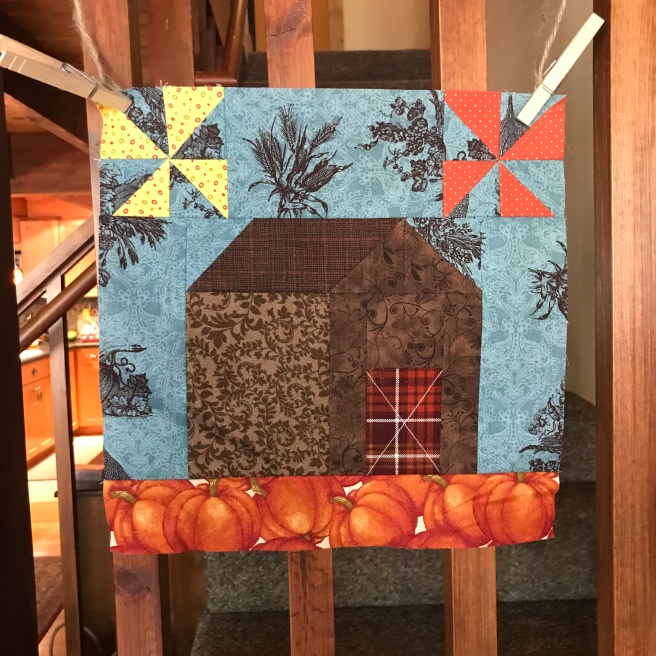 The orange pumpkins may have been a little too large for the block, but once the block is pieced as part of the whole set, and the top is quilted, I believe the pumpkin choice will be ok.  It almost adds a dimensional aspect to the block.

I do love barns and have a wall of barn pictures in our tv room.  Here are a couple of my favorites – not the best photography as the tv room has no natural light. 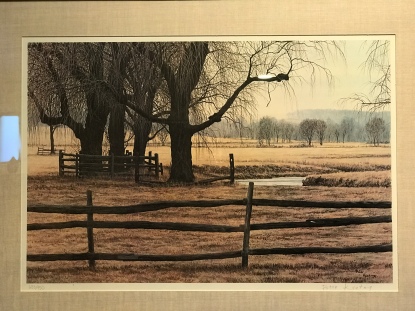 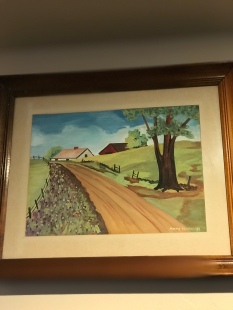 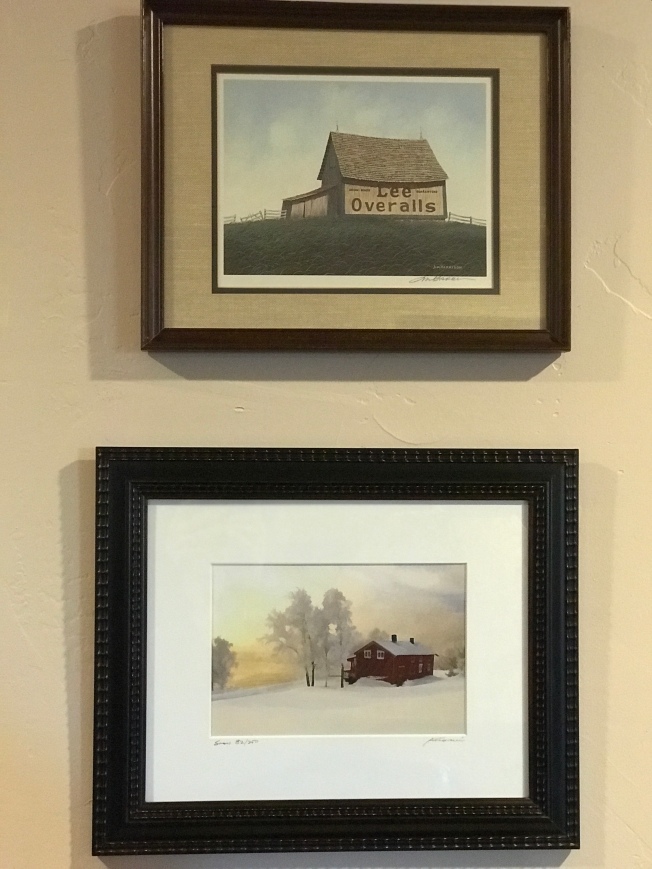 I had plenty of nature time this weekend as well.  The bird below, a northern flush, flew into our glass door and I worried he might not make it after his fall.  I was too concerned with his health to shoot a picture of him on the deck – he had the most gorgeous red cheeks.  He sat up immediately after the hit but stayed still for nearly 2 hours.   I had just started to research where a sanctuary was that we could take him to before nighttime arrived.  After that, it took him 30 minutes of hopping and resting before he climbed up this tree.  Another 20 minutes passed before he flew away.  He was so beautiful we all clapped and cheered to see him move on.

With this block behind me, I’m back to working on another QAL and that is for another post!